In an intercept conducted in mid-May, the crew of the U.S. Coast Guard cutter James seized more than 3,100 pounds of cocaine from a low-profile go-fast boat in the Eastern Pacific. The haul is valued at more than $50 million.

A maritime patrol aircraft spotted a suspected smuggling vessel and diverted the crew of the James to its position. Once on scene, James’ crew boarded the vessel, and they found four suspected smugglers and a small amount of cocaine.

The boarding team members later discovered a compartment that had been closed off, and they found the majority of the 3,100-pound payload within.

On Friday, the cutters Paul Clark and Joseph Tezanos retrieved 11 bales of cocaine from a debris field 10 miles southwest of Desecheo Island, a wildlife reserve located west of Puerto Rico.

All 11 bales of cocaine were transferred to the Coast Guard Investigative Service and the Caribbean Corridor Strike Force.

“The recovery of the 11 bales of cocaine offshore from Puerto Rico highlights the excellent work of the cutter Paul Clark, deployed to Puerto Rico from Miami and the MH-60 crew as well as the Puerto Rico based cutter Joseph Tezanos,” said Cmdr. Beau Powers, Coast Guard Sector San Juan chief of response. “The Coast Guard could not complete the interdiction cycle of success were it not for the outstanding interagency coordination of the Caribbean Corridor Strike Force, who supported the drug offload on a holiday weekend.” 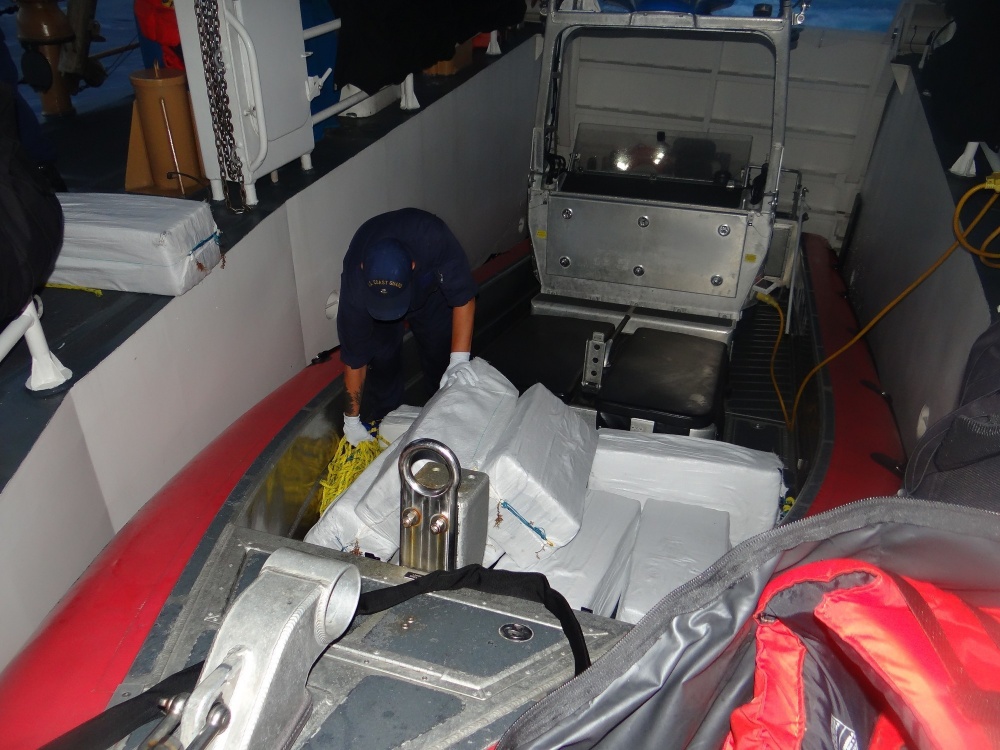