Ten weeks after the USS Theodore Roosevelt arrived in Guam during what would become the U.S. Navy’s worst outbreak of COVID-19, the carrier has returned to active duty.

According to the U.S. Navy, the carrier departed Naval Base Guam and entered the Philippine Sea manned and ready to continue her scheduled deployment to the U.S. 7th Fleet area of operations.

“Returning to our mission in the Indo-Pacific after completing carrier qualifications is a significant milestone in Theodore Roosevelt’s conditions-based recovery plan,” said Capt. Carlos Sardiello, Theodore Roosevelt‘s commanding officer. “Our mission was to recover the ship and recover the crew. We did not give up the ship and now our focus is on combat readiness, safety, and wellness of the crew.”

In March, the carrier suffered an outbreak of the virus that would generate worldwide attention. After a scheduled call at Danang in early March, the carrier returned to Guam were more than 4,000 of its approximately 5,000 crewmembers would be moved into quarantine and isolation on shore. All of the crew was tested for the virus with approximately 1,100 reported positive. One sailor died from the virus.

In a highly controversial action, the carrier’s captain was relieved of his command after letters he sent to superior officers criticizing the Navy’s handling of the outbreak of the virus were published in the media. The resulting controversy also resulted in Acting Navy Secretary Thomas Modly resigning after a recording of his speech to the crew of the Theodore Roosevelt was made public. 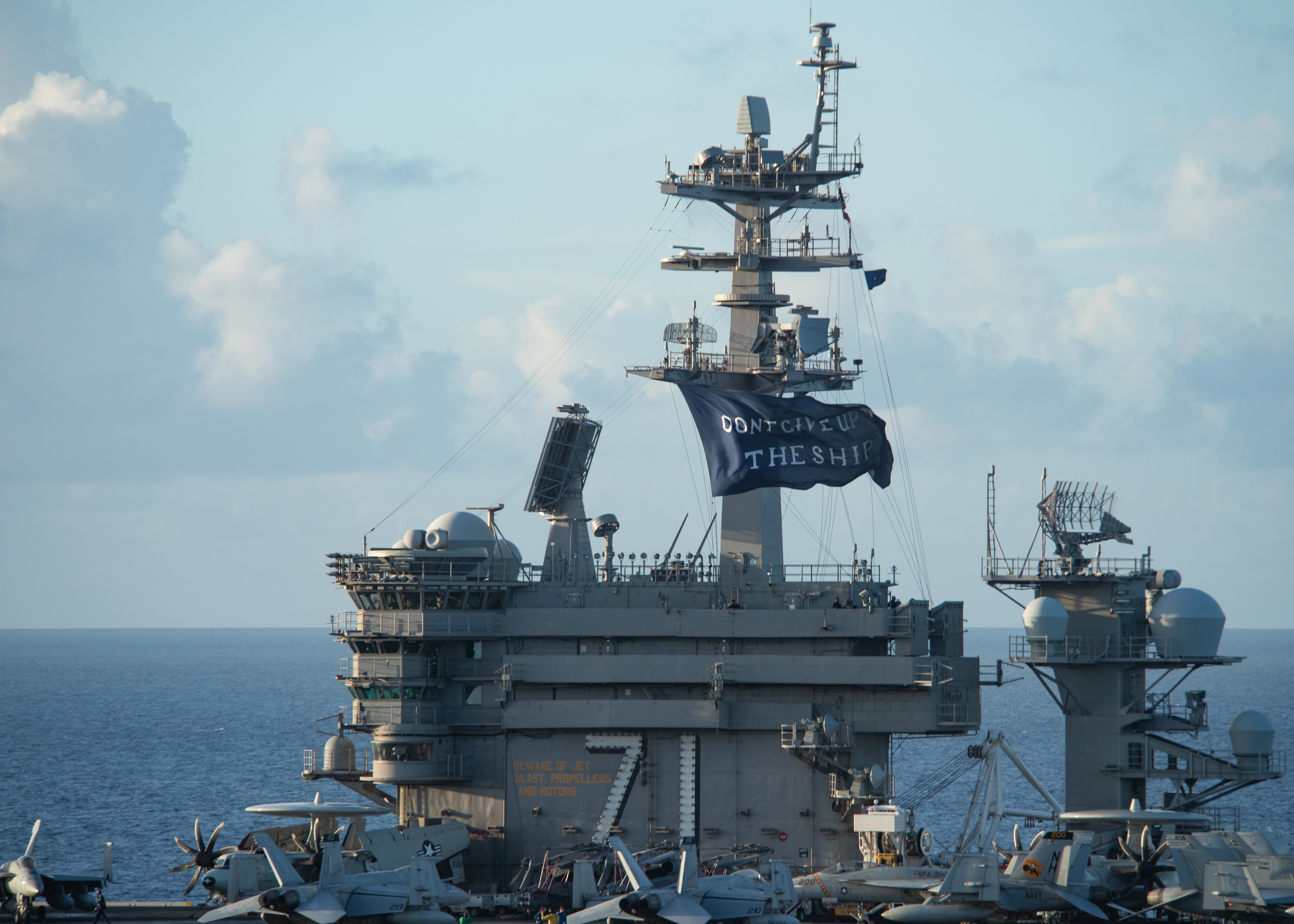 After successfully recovering the ship and the crew, the carrier in recent weeks had proceeded through a series of exercises and tests to requalify the air wing via carrier qualification. According to the Navy, the Roosevelt then recovered the remainder of the crew from Guam.

Underway, the carrier is now operating under a newly implemented COVID-19 standard operating procedure that established guidelines, responsibilities, and procedures for the prevention and mitigation of COVID-19. The crew has modified numerous procedures, including how they transit through the ship, expanded meal hours, and created new social distancing procedures for almost every at-sea evolution.

“The crew humbly prepared to go back to sea, they had a job to do, and they did it without hesitation,” said Sardiello. “We have returned Theodore Roosevelt to sea as a symbol of hope and inspiration.”

When the Theodore Roosevelt departed from Naval Base Guam, the sailors manned the rails as a gesture of gratitude and thanks honoring the people of Guam, the service members, and civilians who supported the recovery of the crew during the COVID-19 pandemic.