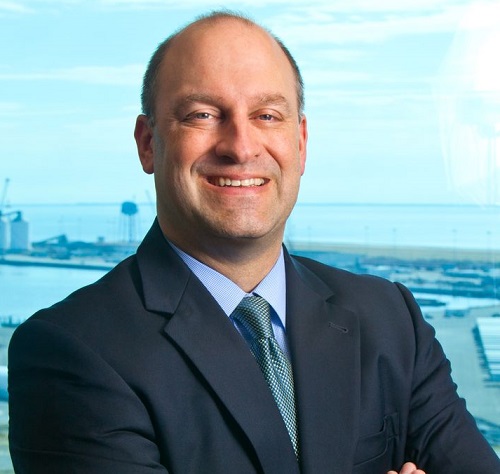 “Port Everglades is a dynamic economic engine for Broward County that will benefit from Jonathan’s business and economic development expertise,” Henry said.

In addition to his maritime experience in Gulfport, Mississippi, where he led a $570 million restoration and expansion project, Daniels also served as the executive director of the Port of Oswego in New York from 2007-2013, managing director of the Port of Greater Baton Rouge and Port Director for the Eastport Port Authority in Maine.

Daniels also has a background in economic development as the former CEO of Eastern Maine Development Corporation and the director of the City of Bangor Office of Economic and Business Development. He also served as the senior trade advisor and director of the Maine International Trade Center.

Daniels is a graduate of The Citadel, where he earned a Bachelor’s Degree in Political Science, and the Maine Maritime Academy, where he was a Master of Science Candidate in Maritime Management.

Upon arrival in Broward County, Daniels will inherit the management of a key hub for petroleum products, cargo and cruise ship operations in South Florida. Port Everglades is in the midst of a $1.6 billion expansion plan, including a $470 million container berth expansion, three new super-post-Panamax STS cranes, a dredging and channel-widening project, and a new logistics center. Its industry-leading cruise business – it is the world’s third-busiest cruise port and has more homeported vessels than any other – is currently on pause due to the global COVID-19 pandemic.