A consortium of Europe’s maritime research and technology leaders is launching a new project, called Fastwater, to demonstrate the feasibility of retrofitting and building new vessels to operate on methanol as a pathway to fossil-free shipping.

With funding from the European Commission’s Horizon 2020 research and innovation program, Fastwater will focus on high impact outcomes, designing solutions for existing ships and designs for newbuildings, demonstrating methanol as a future-proof marine fuel to create a fast track to carbon-neutral shipping.

“The Fastwater consortium members bring a strong track record with methanol projects to this effort, which will address current bottlenecks that are hindering the use of methanol as a fuel for waterborne transport,” said project manager Prof. Sebastian Verhelst of Lund University and Gent University. “Fastwater will put more methanol-fueled vessels on the water and showcase retrofit technologies that will serve as lighthouse projects supporting wider commercial introduction.”

Fastwater will also explore a conversion concept using methanol-driven propulsion for a river cruise ship. It will also seek to validate a universal, scalable retrofit kit for converting diesel-fueled ships to methanol use for a wide power range (200 kW-4 MW).

The program will also provide training for vessel crews and portside staff, develop rules and regulations for methanol marine fuel use.

Seeking to accelerate the commercial pathways for methanol fuel Fastwater will demonstrate the complete value chain for bunkering methanol, including net carbon-neutral renewable methanol as well as developing an elaborate a business plan.

Finally, they will also identify CO2 and conventional pollutant reductions facilitated by the next generation of methanol propulsion systems. 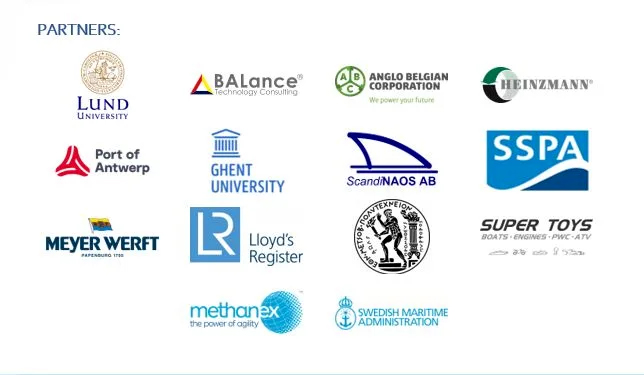