Workers at two of Montreal, Canada’s port terminals are planning to stop work for 40 hours beginning July 2 to call attention to the ongoing negotiations between the Canadian Union of Public Employees (CUPE) Local 375 that represents the dockworkers and the Maritime Employers Association.

The 1,125 members of CUPE 375 working at the port of Montreal originally voted in favor of a strike when their contract expired in December 2018. Talks between the two sides had recently resumed and progress was reportedly being made.

The relationship between the union and the association however has not always proceeded smoothly. The MEA had asked the Canadian Industrial Relations Board (CIRB) to require that all of the dockworkers activities be maintained even in the event of a strike. According to the union, this was an effort to undermine its right to collective bargaining.

In June 2020, however, the CIRB ruled against the MEA request to have the activities designated as essential services. The CIRB ruling stated that the employers failed to prove that a strike by longshore workers would pose an imminent and serious threat to the health and safety of the public. 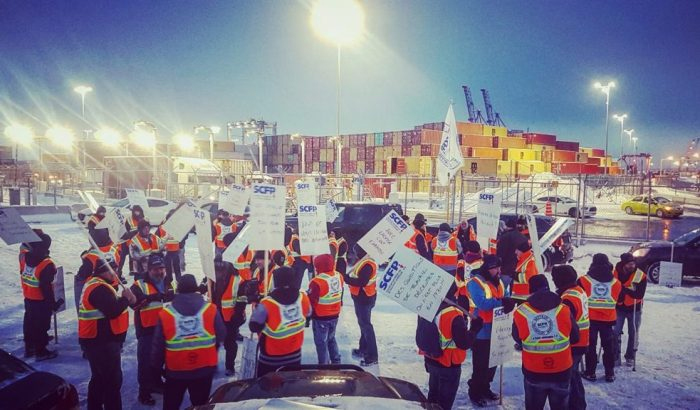 Union members in January 2019 had staged a brief demonstration near the Labour Minister’s residence in the Provence of Quebec to call attention to their situation. They complained that an outgoing member of parliament had been working for the MEA and potentially was improperly lobbying the government at the expense of the port’s workers and their right to strike.

The current action is viewed as largely a symbolic effort by the union to draw attention to its need for a new contract. Activity at the ports other terminals will continue during the brief work stoppage.