Portuguese authorities reported that they received a distress call from the Maersk Elba after the containership was disabled by an engine room fire. The vessel is reported to be safely at anchor despite concerns of a storm in the area.

The Lisbon Maritime Search and Rescue Coordination Center (MRCC Lisboa), received an alert, according to Portugal’s National Maritime Authority (Autoridade Marítima Nacional), on the afternoon of December 26. The 148,723DWT Danish-flagged container ship reported that it was adrift without propulsion due to a fire in the engine room.

The crew of the Maersk Elba was successful in extinguishing the fire without outside assistance and no one aboard the ship was injured. The vessel, which had departed India on December 14, had recently cleared Gibraltar and was rounding the southern tip of Portugal when the fire occurred. She was sailing towards Felixstowe, England, where she was due to arrive on December 30. 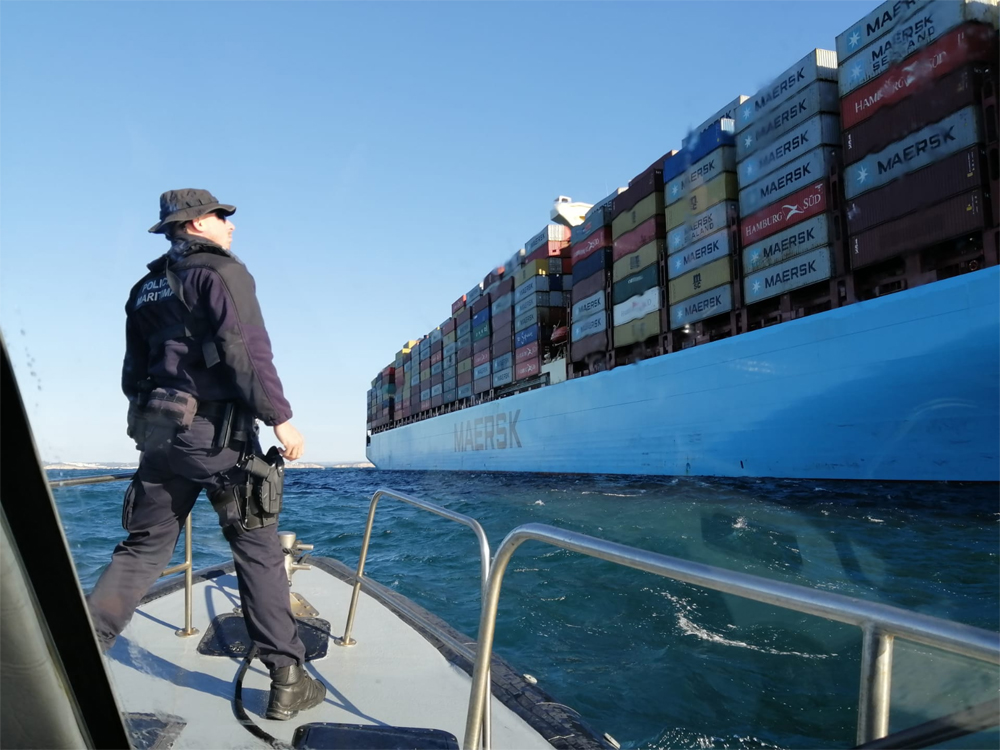 The National Maritime Authority and Portuguese Navy responded to the distress call and continue to monitor the vessel. Among the vessels on scene to provide assistance is one dispatched by the maritime police in the port of Lagos in southern Portugal as well as the Navy’s NRP Cassiopeia.

Maersk also responded to the incident and tug boats were sent to provide further assistance. The vessel was anchored approximately two nautical miles from the port of Sagres on the Portuguese Algarve coast.

Repairs to the vessel, which was built in 2011, are expected to be completed while she remains at anchor. She has a capacity of 13,100 TEU and was carrying a large load at the time of the fire.