The Indonesian Navy is investigating the origins and purpose of an unmarked autonomous underwater vehicle (AUV) that washed up on the shores of Selayar Island, South Sulawesi in late December. Selayar is located near the southern entrance of the strategic Makassar Strait, one of the primary alternatives to the Strait of Malacca.

The drone – a seven foot aluminum tube with a three-foot trailing antenna – was discovered by a fisherman on the morning of December 26. The fisherman reported it to local officials, who transferred it to the Indonesian Navy’s hydrography and oceanography division in Jakarta.

The device has no markings, but its 20-inch-long wings mark it as an underwater glider rather than a conventional propeller-driven AUV. Gliders move forward by ascending and descending repeatedly through the water column, converting a portion of their vertical motion into horizontal movement while consuming very little energy. This gives them range and endurance, and they are in demand for long-distance oceanographic data collection for civilian and military purposes (the U.S. Navy owns at least 150).

Analysts suggest that this device bears a strong resemblance to the Chinese Academy of Science’s Sea Wing (Haiyi) research glider. However, the predominantly black coloration is nonstandard for a civilian unit: virtually all civilian AUVs (and many military AUVs) are painted in high-visibility colors.

A fisherman in Selayar Island, South Sulawesi, has found a UUV:

Very similar to China’s ‘Sea Wing’ UUV, which, if it’s true, raised many questions especially how it managed to be found deep inside our territory pic.twitter.com/RAiX8Xw2BK 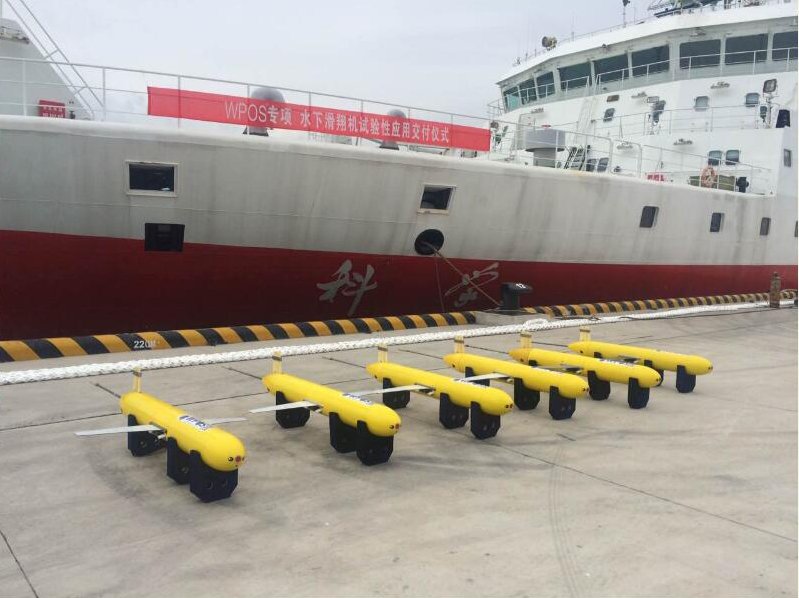 “I have given [the Hydrographic and Oceanographic Center] one month to investigate and reveal the results,” said Indonesian Navy chief of staff Adm. Yudo Margono on Monday. “The device is equipped with a GPS. Hopefully it can be traced to where it came from.”

Margono said that the AUV was capable of collecting data that could be of use for military purposes, but was not fitted for spying on ship movements or other targeted intelligence collection. No country has yet laid claim to the device, he told reporters.

The Indonesian Ministry of Foreign Affairs said Tuesday that it will wait for the navy to complete its study before raising the matter with other countries. The governor of South Sulawesi, Nurdin Abdullah, has moved more quickly: on Monday he accused China of involvement and said that his office has already filed a formal protest with the Chinese embassy.

Whether civilian or military in origin, the device’s presence may represent a breach of UNCLOS, which prohibits oceanographic research within a coastal state’s EEZ without prior consent. The local fisherman who first reported it in December caught it while it was operating, an Indonesian defense analyst told Al Jazeera.